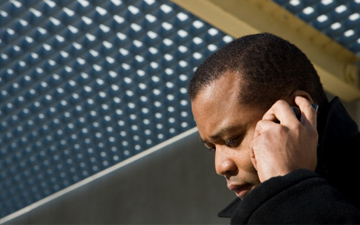 The issue of diversity is frequently brought up across industries. It’s popularly framed in the context of top-level executive positions at Fortune 500 companies, head football coaching jobs and elected government officials. But what does this conversation look like when we discuss it in the context of digital media, given its prominence in today’s modern culture?

In the interactive and social media realm, the user-to-creator ratio is staggering when it comes to minorities. At one time, this could be framed in the context of access, which landed minorities on the wrong side of the “digital divide.” But as technology becomes less expensive and more ubiquitous, some of those issue have been addressed — and yet the disproportionate ratio persists.

So how can this ever-increasing minority access and use translate into industry positions? And does the type of use dictate whether or not digital interest will eventually equate to more agency positions?

While strides continue to be made by organizations like ADCOLOR – a coalition that aims to promote diversity and inclusion in the advertising, marketing and media industries — the industry stereotypes are prevalent. The cultural perception (and projection) of digital creatives are the young, hip, black-rimmed glasses-wearing white guy or girl with a messenger bag. Perhaps most importantly, how does the culture picture the leaders and CEOs of digital agencies or media?

Despite these hurdles, I am confident that there is a changing tide when it comes to diversity in the digital and social media worlds.

According to a 2010 report from Merkle, a higher percentage of Asian Americans, Hispanics and African Americans use Facebook, YouTube and Twitter than those classified as “non-ethnics.” This poses the question: Can you effectively serve a demographic that isn’t employed at the highest levels of your organization?

According to a study by the Kaiser Family Foundation, black and Hispanic Americans in the 8- to 18-year-old age bracket spend more time than white Americans on computers, playing video games and using mobile devices. This young demographic may soon be at the helm of the industry, leading the charge of digital entrepreneurship.

2. Diverse Leaders Are Already Emerging in the Digital Space

There is a fairly new presence of prominent, diverse leaders in the digital media industry. Naveen Selvadurai(co-founder of Foursquare), Wayne Sutton (TriOut/SocialWayne) and Raissa B. Nebie (CEO of Spoondate) are a handful of leaders whose work and prominence may be indicative of a larger trend of diversity. These particular companies are highly visible in the space and are known for forward thinking. We can hope that young minorities can look to them for inspiration as they pursue their goals in technology.

3. Organizations Are Working Hard to Encourage Diversity in the Digital Space

Sometimes, it’s simply a matter of raising awareness — sending a message that you can be an important part of the digital media industry. There are a growing number of organizations that equip diverse youth with the knowledge and tools to start a digital career — take George Mason’s Center for Digital Media Innovation and Diversity as an example.

Organizations like the New Media Entrepreneurship Accelerator hosted several visiting minority-led startups during the summer of 2011 in Silicon Valley and provided access to industry events, mentorship and a valuable co-working environment.

While there’s still work to be done, the digital user community will naturally mirror the changes in our society. And with the help of these initiatives and leaders, we hope to see it reflected in the industry as well.

Shane B. Santiago is the president and chief creative officer at SBS Studios, a digital creative agency with offices in Jacksonville, Florida, and Washington, D.C. Connect with SBS Studios on Facebook and Twitter @sbsstudios, and follow Shane at @shanebsantiago.