Does the “E” stand for “Entitled or “Excellent”? 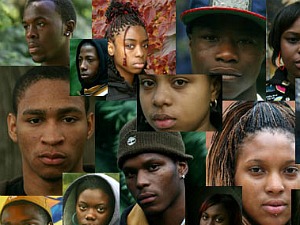 Clearly, younger African American employees don’t enter the workplace with the same belief system that African American employees did back in the 60’s and 70’s.  And, it’s simply because times are different.  In the 60’s, we were in the throes of major aspects of the Civil Rights Movement and in the 70’s, implementation of major Civil Rights legislation and court rulings were still being fought tooth and nail.  So, highly qualified African Americans during that time even once hired knew they had an uphill battle to be treated fairly and not be viewed as just some “affirmative action” hire to meet a quota.

Of course, the world has changed quite a bit since then, and now, more of our younger African American employees who were born in the 80’s and 90’s have now attended schools just as prestigious as their nonminority counterparts, HBCU’s like Hampton, Howard, Morehouse, and Spelman as well as Ivy League schools like Columbia, Harvard, Princeton, and Yale.  So, while they have the skills just as the African American employees had who came before them that were unrecognized and underutilized, the difference is more of us are now being told by these nurturing universities that we are great and there’s nothing holding us back from doing great things.  So, I don’t think the younger generation of employees necessarily feel entitled to anything they don’t deserve, they simply believe strongly in their excellence.  And, they don’t anticipate being discriminated against or otherwise being treated unfairly.

But, here’s the real downside.  Younger employees expect that others around them will recognize their excellence and that’s simply not always the case.  And, that’s not always due to outright discrimination since there could be a whole host of issues at play.  Sometimes it’s the lack of supervisory training for those who are called upon to supervise them or lack of appreciation for diverse ideas and different ways of thinking.  And, sometimes it’s the employee’s inability to decipher the “unwritten rules” that sometimes mean good performance alone won’t be rewarded as expected.

So, is the “me, me, me” generation really entitled, selfish, and shallow as recently described in an article in Time magazine?  Well, the author may have support from the National Institutes of Health (NIH) that nearly three times as many people in their 20’s than those in their 60’s have narcissistic personality disorders, but is it really so bad to expect excellence if you are giving excellence in return?  Of course, the key to all of this is that we must give excellence in the first place.

Shirley A. Jones, Esq. is President of the Region XI Council of Blacks In Government.