Erase the Fear: My Experiences with Citizens Academies 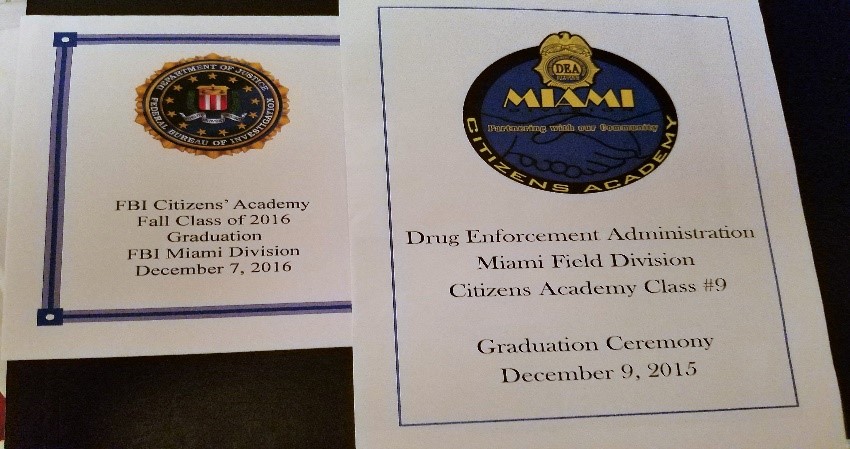 While our great country has thick societal scars, we have created landmark legislation in a generation that has had profound impact on the lives of a segment of the population. The Civil Rights Act of 1964 was one of those landmark legislative accomplishments.

The Law Enforcement Agency responsible for protecting those rights is the Federal Bureau of Investigation (FBI). The Civil Rights Division of the FBI highest priority is Hate Crimes, with Racial being the highest subprogram priority. The segment of the population that is most vulnerable expects this agency to fulfill that priority with all the Law Enforcement tools at the local, state and federal levels.

However, there are cases where the same resources that are tasked to carry out those mandates abuse their powers to detain and violate the civil rights of the same citizens which require that protection. The FBI also has a focus on Color of Law violations which prosecutes Judges, Prosecutors, Security Guards, and Law Enforcement Officers that disregard the public trust. Because of those abuses, we have generations of individuals that have an innate fear of those chartered to protect and serve.

There are those that express their frustration in several ways. They may protest in pubic, vent on social media, or attempt to get a deep understanding of the Law Enforcement Administrations and how they should function.

I was one of those individuals that had a very deep frustration and concern for the way the wheels of our country’s criminal justice system were moving. I became tired of having tremendous fear and anxiety every time a squad car or flashing lights passed by my vehicle. I also became tired of the fact that segments of generations of parents have and continue give a “workshop” on how to interact with Law Enforcement commonly called “The Talk”. However, I would not complain anymore unless I completely understood how the system works to accurately criticize any aspects of it.

One day I decided that it was time for a personal change. After many hours of research, I found several Florida Law Enforcement Citizens Academies. Local Police Departments offering unadvertised 13 week intense trainings for the community to understand all aspects of law enforcement. Then advanced, selective Federal Programs sponsored by the DEA and FBI. I had the privilege to attend both local and federal programs.

The local Citizens Academy covered topics ranging from understanding the local Officer mindset during a traffic stop, to SWAT and K-9 Unit raids, to robotic use in bomb situations, to visiting and talking with Prison Guards and low risk Prisoners, to simulating an active shooter situation in a school with the Police simulator, to visiting the Regional Communications Dispatch and 911 Call Centers, to in-depth review of Florida State Statutes. Getting to sit in a classroom setting and with the opportunity to ask candid questions on all topics with local Law Enforcement Commanders was probably the most valuable of the Citizens Academy program.

A quote by one of Colonels in the Sheriff’s Office that remained with me was “Respect is not given, it is earned”. This was a guideline that he continues to use with all the Officers that he is responsible for. This experience was the catalyst to explore the Federal Citizens Academies beginning with the Drug Enforcement Agency (DEA) Miami Field Office.

The highlight of the DEA Citizens Academy was the class participating in a simulated large drug bust. The DEA Team had each student partner with an Officer and mirror their pre-planning coordination and suspect reviews. Immediately leading to an actual execution of a complete raid and bust in full equipment and vehicles.

The topics during the 7-week training ranged from examining DEA Legal Authority Title 21, to drug investigations, narco-terrorism and financial investigations, examination of synthetic drugs, clandestine labs, surveillance/ undercover techniques, and firearms training. The information about drug trafficking in our country and the global network were truly enlightening. The last experience was the FBI Citizens Academy.

All 8 Weeks of the training were thought provoking and extremely informative. The topics ranged from the Civil Rights Division, counter terrorism, counter intelligence, SWAT Operations and Emergency Response Team (ERT) functions. The highlights were collaborating with a student to investigate a simulated Bank Robbery and meeting with FBI Legal to discuss my decision in use of lethal force and mapping my actions to compliance with use of force guidelines. Lastly, an actual SWAT Operation simulation of retrieving a hostage in a house.

I can say that the time investment was personally beneficially. Taking these actions helped me overcome the long-standing issues that were like a dark cloud. This investment will provide you with better tools to overcome your fears and increase your knowledge on all aspects of these Agencies. I encourage you to look for the various Citizens Academies Programs in your area. Erase the fear.