Get Out of Your Comfort Zone 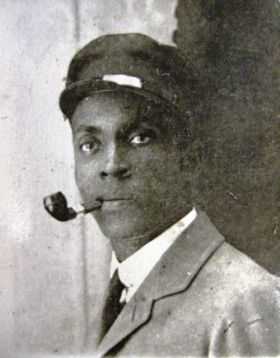 Recently, I had the opportunity to hear Sir Terry Leahy, former CEO of Tesco at a conference and he signed a copy of his book Management in 10 Words.  I thought some of these words could be applied to African Americans in the wide spectrum of the international business community.  Courage and Act were two words from his book that caught my attention.

By definition courageous acts or audacious goals take you into uncharted territory, beyond the safe borders you have set for yourself.  You have to turn your words into action when you are pursuing your goals.  You have to understand that you inevitably will make mistakes during your journey.  You have to be disciplined after a mistake is made to stop and identify lessons learned from the mistake and continue moving forward.

One example that could be applied to courage and action is the success of Paul Luyeye and his wife Martha Makuena of Congo.  The couple moved to Beijing, China for a job opportunity and later opened the first African hair salon in 2003.   They estimate that there are about 3,000 Africans in Beijing.

Surprisingly the locals are catering to their business because they like the different looks such as micro braids.  The couple had a vision, learned Mandarin and diligently set a course to capitalize on the opportunity.  They had the courage to go through the difficulty and took the necessary steps to learn the business culture in China.

Another example is the story of Fredrick Bruce Thomas (Fyodor Fyodorovich Tomas) that migrated from Mississippi to Europe and eventually Russia.  Thanks to Quintard Taylor of Blackpast.org for sharing these incredible proof points of courage and action.  In 1894 Thomas fled to Paris to seek greater freedom.  During his time there he learned French and developed exception his skills as a waiter and valet.

In 1899 Thomas traveled to Russia where there could have been a dozen African Americans in a country of a Russia population of over one million.  By 1911, Thomas learned Russian and was extremely successful in his job as a waiter.  Successful enough to partner with two Russians to open “Aquarium”, a large entertainment venture in Moscow.

Within one year Thomas took his share of the profits and opened “Maxim”. Maxim would be the favorite night spot for Russians for the next five years.  American tourists could not believe an African American could thrive in such an environment.  Vladimir Alexandrov would later write a book about Thomas’s life entitled, “Black Russian”.  Fyodor Fyodorovich Tomas is believed to be the first African American Russian citizen.  Sir Terry Leahy, Paul Luyeye, Martha Makuena and Fredrick Bruce Thomas all got out of their comfort zones to find success.  Maybe, fear of the unknown and complacency is holding back our collective growth.   That is something that we should think about.