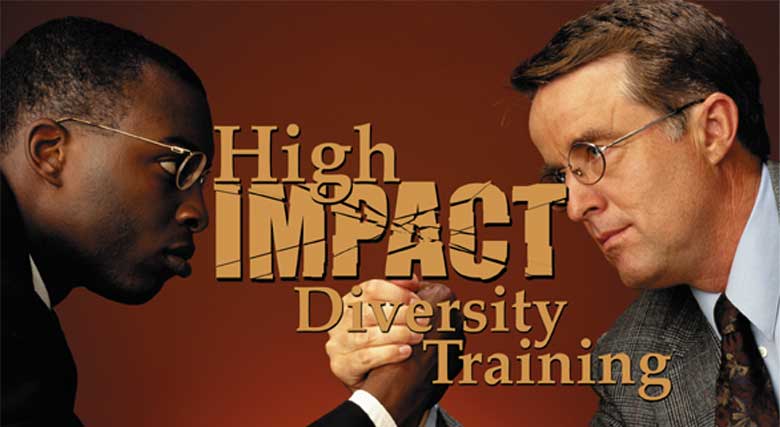 Orlando-Ward Associates, based in San Diego, with offices in New York City and London, provides educational workplace training with a unique twist. The company specializes in live-action professional drama as a tool for facilitating communication within organizations about issues usually too uncomfortable to discuss, such as diversity, sexual harassment and organizational change.

If you ask a field sales representative to tell you about some of their biggest screw-ups, nine times out of ten, they’ll talk about mistakes they made because they assumed something about their potential clients. One of the classics: assuming a client’s gender by looking at the first name. For example, names such as Leigh, Frances or Kit – although most of us assume are women’s names – are also common to men. Another easy mistake that many pharmaceutical sales reps talk about: assuming the family doctor you’re calling on is of the same race as the community in which he or she practices. Sales reps will tell you, when they make mistakes like these, it usually takes a long time, and a lot of visits, to win back the potential client’s trust.

These kinds of assumptions and mistakes are clearly under the “diversity” umbrella. And they always come up when people talk about diversity training for field sales reps. So, when Harry Bradford, a regional sales VP with GlaxoWellcome, was looking to expand his sales force in the Bay Area, he wanted to make sure his team would avoid diversity mistakes and assumptions when calling on potential clients. “I wanted the reps to see, first hand, how diversity mistakes and assumptions can cost us.” Bradford, an African-American, says, “But I needed them to get this experience in a safe environment, where they could spot the assumptions, learn to avoid them, and practice their diversity skills.” So, Bradford turned to a unique consulting group, Orlando-Ward & Associates, which specializes in using live, professional drama as a diversity-training tool. In response, Orlando-Ward & Associates created a series of realistic scenarios or vignettes, specific to Bradford’s target region, that replicated the situations his sales reps would encounter.

With teams in New York City, southern California and London, England, Orlando-Ward & Associates are considered top experts in the use of live, professional drama and interactive, interpersonal facilitation and communication as training and education tools. Their flagship program “All of Us: Diversity, Beyond Race and Gender” which includes a 30-minute play about a fictional corporation, and an “interactive” session with the actors returning after the show “in character,” has been presented nearly 1,000 times in the United States for organizations such as Merck Medco, American Express, HP, The Federal Reserve and many more.

“But,” says Gregg Ward, Orlando-Ward & Associates’ Producing Director and primary creator of all their programs, “GlaxoWellcome wanted more than the ‘All of Us’ program. They wanted what we call an ‘experiential learning’ program from which sales reps would walk away with a deep understanding of the diversity of their clients and within the situations they would encounter.”

So, after several fact-finding sessions with Bradford and his senior sales reps, Orlando-Ward & Associates developed a half-day intensive training program named “Sales Calls,” which they delivered to 50 GlaxoWellcome sales representatives in the Bay Area last year.

The meat and potatoes of “Sales Calls” was a series of vignettes, performed by professional actors with the Orlando-Ward & Associates southern California team. One vignette, called “The Assistant,” involved a fictional sales representative named Stan (played by San Diego actor Walter Murray), visiting Doctor M. Lee’s office for the first time in San Francisco’s Chinatown district. Stan got through the door easily enough. But, he then made the unfortunate assumption that the young Asian woman behind the counter was the doctor’s assistant.

“I’m Stan Murray with GlaxoWellcome,” Stan said, “I wonder if I could speak with the doctor for a moment?” The woman, (played by Asian-American actor Kimberly Miller), replied coolly, “you’re speaking with Doctor Lee right now.”

As Stan did his utmost to apologize for his mistake, Dr. Lee maintained her composure and informed him that she would be happy to meet with him and discuss his company’s new medications, “in about a year from now.” She refused to take his samples and headed off to see a patient. Stan left, his proverbial tail between his legs.

The response from the GlaxoWellcome sales reps to “The Assistant”, and the other vignettes in the “Sales Calls” program, was instantaneous and very enthusiastic. “I was instantly reminded of the mistakes I had made when I started out.” said one senior rep who attended the program, “I’m really glad my colleagues are getting this training so they don’t have to learn about diversity like I did, in the school of hard knocks.”

After each scenario Ward, who has worked in the diversity training field for many years, leads the attendees on an interactive debriefing wherein the diversity mistakes and the skills needed to avoid them are identified and discussed. “It’s imperative that the attendees are actively engaged in spotting mistakes and coaching their colleagues on how to address them,” says Ward, “sharing organizational knowledge and personal experience is a key to high impact diversity training. It can’t be just me up there giving a lecture.”

When the mistakes and corrective skills are identified by the group, Ward and his team then ratchet the training up another notch using a technique Ward calls “The Replay.” In replay, volunteers from the audience are identified, and they step into the vignette, opposite the professional actors. It’s the volunteer’s job to practice avoiding assumptions and mistakes, and handle the situation more effectively. And the actors, playing the “offended” doctors, are trained to respond to the volunteers “in kind.” If the volunteer handles the situation effectively, the doctor is cooperative. If not, the doctor pushes back and subtly guides the volunteer into the appropriate behavior, without ever breaking character.

“It’s in the replays,” says Ward, “where the rubber really meets the road for sales reps. They’re practicing what they preach, in front of their colleagues.” And the good news, Ward says, in 99% of the replays, the volunteers handle the situation far better than anyone could have imagined: “People really rise to the occasion. It’s impressive.”

On top of this success, the “Replay” technique is also a great morale booster for the attendees who don’t volunteer. Here is one of their own, managing a very complex and stressful situation with confidence and grace. “I’ve seen groups jump up to cheer and pat a volunteer on the back after they come out of a successful replay.” says Ward, “People are really moved by it.”

As for Bradford and his Bay Area sales reps, they gave the Orlando-Ward & Associates “Sales Calls” live drama diversity training program top marks. “This is some of the most powerful and effective sales rep training I’ve ever seen.” says Bradford, “Anything that can give my reps a realistic sense of the diverse people and situations they’ll encounter is absolutely golden to me.”