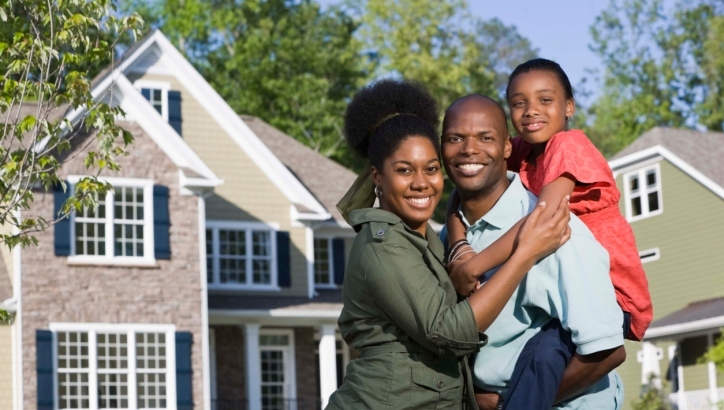 DES MOINES, Iowa – May 29, 2014 – Wells Fargo (NYSE: WFC), the National Association for the Advancement of Colored People (NAACP) and National Urban League have announced a joint effort to host housing forums in nine select markets across the country during National Homeownership Month in June.  The forums will provide aspiring homeowners with information and resources to help navigate the path to homeownership successfully.

The NAACP and Wells Fargo will offer the forums in St. Paul, MN; Washington, D.C.; Ft. Lauderdale; and Las Vegas.  The National Urban League and Wells Fargo will host forums in Phoenix, Chicago, Minneapolis and in the Hampton Roads, VA area.  Both organizations will join with Wells Fargo to offer a forum in Houston.   Participants will be engaged with panel discussions about homeownership, have an opportunity to speak face-to-face with Wells Fargo Home Mortgage consultants and other industry professionals, and receive information on down-payment assistance.  Interested participants should register to attend at www.wellsfargo.com/rsvp.   Use access code:  homeforum.

“We are delighted to work with two of the nation’s most influential advocacy organizations to host these important housing forums, as we share the same goals of helping people achieve the dream of homeownership,” said Cerita Battles, National Diverse Segments Manager, Wells Fargo Home Mortgage.  “It’s important for homebuyers to understand the home-buying process and the forums present a great opportunity to learn and prepare for the homeownership journey.  It’s a great time to buy right now and homeownership is possible for consumers who are ready for the financial responsibility.”

Wells Fargo works with both the NAACP and the National Urban League on a number of initiatives geared toward economic advancement in areas that include financial education and homeownership.

Wells Fargo and the National Urban League have built an alliance based upon a shared desire to change the financial landscape particularly for the lower- and middle-income Americans who have been hit hardest in the Great Recession and benefitted the least in the prior decades.

The NAACP and Wells Fargo provide financial education opportunities through its Financial Freedom Center.  The Center, announced by the NAACP and Wells in 2011, delivers financial education training and houses the organization’s Economic Department.  Wells Fargo publicly endorsed the NAACP’s fair lending principles in 2011 and continues to support the organization’s fair lending efforts.

Wells Fargo & Company (NYSE: WFC) is a nationwide, diversified, community-based financial services company with $1.5 trillion in assets. Founded in 1852 and headquartered in San Francisco, Wells Fargo provides banking, insurance, investments, mortgage, and consumer and commercial finance through more than 9,000 locations, 12,500 ATMs, and the internet (wellsfargo.com), and has offices in 36 countries to support customers who conduct business in the global economy. With more than 265,000 team members, Wells Fargo serves one in three households in the United States. Wells Fargo & Company was ranked No. 25 on Fortune’s 2013 rankings of America’s largest corporations. Wells Fargo’s vision is to satisfy all our customers’ financial needs and help them succeed financially. Wells Fargo perspectives and stories are also available at blogs.wellsfargo.com and at wellsfargo.com/stories.

Founded in 1909, the NAACP is the nation’s oldest and largest nonpartisan civil rights organization. Its members throughout the United States and the world are the premier advocates for civil rights in their communities. You can read more about the NAACP’s work and our five “Game Changer” issue areas here.

About the National Urban League

The National Urban League (www.nul.org) is a historic civil rights and urban advocacy organization dedicated to economic empowerment in historically underserved urban communities. Founded in 1910 and headquartered in New York City, the National Urban League has improved the lives of tens of millions of people nationwide through direct service programs that are implemented locally by its 95 Urban League affiliates in 36 states and the District of Columbia. The organization also conducts public policy research and advocacy activities from its D.C.-based Washington bureau. The National Urban League, a BBB-accredited organization, has a 4-star rating from Charity Navigator, placing it in the top 10 percent of all U.S. charities for adhering to good governance, fiscal responsibility and other best practices.