How To Turn Around Long-Term Unemployment 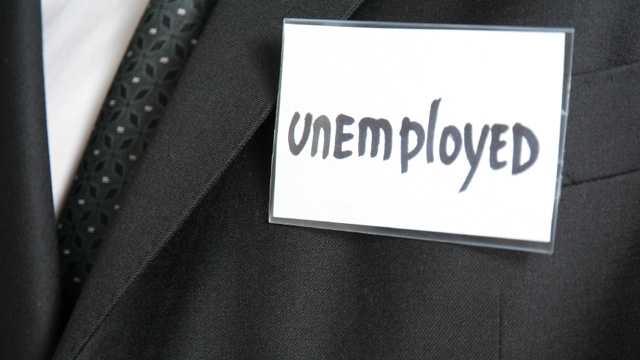 If you’ve been out of a job for more than a year, one big thing could turn it around

It would be an understatement to say that the economy is in terrible shape.  Statistically, it would be worse, except for the millions who have simply given up and walked away from full time employment.   I have close friends who are brilliant, but haven’t worked in more than two years.  I happen to live and work in Hollywood – an economy built on “freelance” talent.  But even there, those who haven’t had a job in years are perceived as unemployable.

What’s the answer?  In researching my new book One Big Thing:  Discovering What You Were Born to Do I found something remarkable:  the power of the niche.  In today’s cluttered and distracted culture, special interest groups, demographic targeting, and digital technology have created a world where the niche rules.

Remember the days of major, national magazines like Life and Look?  When I was a kid, there were only a handful of these mass-market national magazines available. But today, there are literally thousands of niche magazines catering to ever smaller, more specialized audiences. According to the Huffington Post, there are actual magazines called: Meat Goat Monthly News, Teddy Bear Times, Mules and More, I Love Cats, and Wood.  You can pause your reading here if you’d like to race out and buy any of these magazines.

There are so many niches in the music industry that the producers of the Grammy Awards were harshly criticized recently when they cut the number of categories by more than thirty.

Today, corporations and their marketing teams understand that the key to connecting with customers is to be the best in the world at a very small niche.  Even most giants of American business like Apple, Starbucks, and Walt Disney Studios, began serving a very small, focused market.

So what does niche marketing have to do with your career?  Everything.  Accurate statistics are hard to come by, but many believe the average person will move from seven to eleven different companies during their working life.  Today, it’s rare that someone actually retires from the same career they began.  To a certain extent, those statistics reflect the reality of changing technology and it’s impact on the marketplace.

But they also reflect the incredible distraction we face on a daily basis.  Technology has made it far easier to tryout multiple jobs, communicate with more potential employers, and experience a wider range of opportunities.  But it’s also created a generation of men and women who are average at many things, rather than being extraordinary at one big thing.

I suggest that it’s time to focus.  The truth is, more and more studies are confirming that the only thing multi-tasking does is allow us to do many things badly.  We may have many interests, but when it comes to our career, perhaps it’s time to become the best in the world at one big thing.

Olympic level athletes understand the power of focus. Even those who compete in multiple events keep it in the same specialty.   Perhaps the reason Alison Kraus has won more Grammy Awards than any other female artist is because she’s the best in the world at the tiny category of Bluegrass music.  No matter what happens in the other categories, when they announce the bluegrass awards, year after year, she walks away with the spoils, because she’s remarkable.

Take a moment of brutal honesty.  You may be pretty good at many things, but are you world changing in a single area?  Do you perform so highly at one big thing that people notice?

In a world of interchangeable workers – many of whom are mediocre at best – what’s the single area of focus where you could potentially perform at Olympic levels?  Figuring it out could change the course of your career, and transform your future.

Phil Cooke, Ph.D., is a filmmaker, media consultant, and author of One Big Thing:  Discovering What You Were Born to Do. Learn more at PhilCooke.com.