How We Can End Environmental Racism Before It Begins 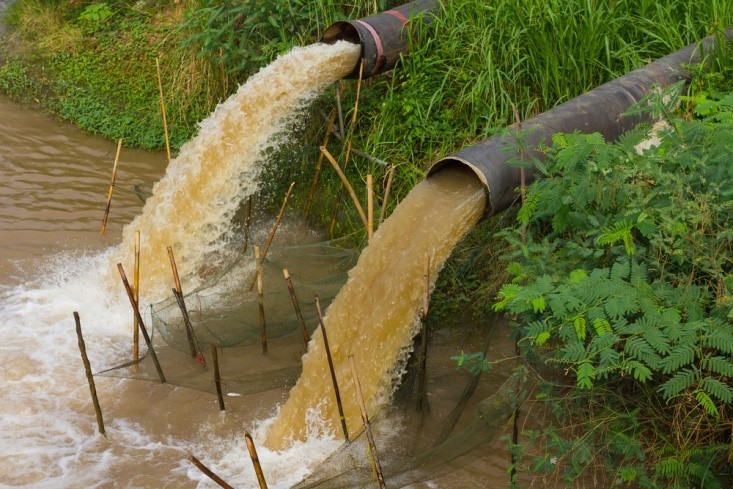 Climate change is a global phenomenon ― yet a number of studies have found that in America, the effects of climate change seem to unequally target African-American populations. From the floods after Hurricane Katrina to the water crisis in Flint, natural disasters and other effects of climate change are developing into a tragic new trend some are calling “environmental racism,” as people of color around the country experience a dramatic loss of quality of life thanks to the changing climate.

Despite the dozens of examples of environmental racism ― many of which continue today ― not many Americans are aware of or understand the causes and implications of such inequality. Fortunately, there is much the black community can do to bring awareness to environmental racism and stop it from harming more African-American populations.

By now, Flint, Michigan has become one of the most pressing examples of environmental racism. Flint has long been a poor community, and in 2011, the state of Michigan declared the city to be in financial crisis and took control of its budget. One of the easiest ways to cut spending, the new state-appointed financial manager determined, was to stop sourcing water from the costly Detroit Water and Sewerage Department (DWSD) and start taking from the closer and cheaper Flint River.

Upon inspection, officials found that the water needed anti-corrosion treatments to be potable, but the treatments would cost $100 per day. Secretly, those officials decided against treating the water, opting instead to lie to residents who noted off-putting tastes, smells, and colors in their water. Soon, the Environmental Protection Agency and the Michigan Department of Environmental Quality discovered the untenably high levels of lead in Flint’s water, which was causing several city children to fall ill from lead poisoning. In January 2015, the DSWD offered to resume its previous contract with no fee, but Flint officials continued to deny the water problem until October ― by which time, the levels of lead in the city’s children had nearly tripled, causing untold permanent harm.

Though the federal government has stepped in to offer assistance to the citizens of Flint, it remains an obvious example of how racism and lack of environmental action remain tragically intertwined. The majority of Flint’s population is African-American, which causes many to suspect that had the community been overwhelmingly white, officials would have paid the $100 per day for water treatment, saving families from the devastation of lead poisoning and bacterial infection.

Though Flint may be the most famous example, it is not the only evidence for environmental racism. In fact, black communities around the country are poisoned every day due to lax environmental standards in the surrounding area. But in America, where equality is guaranteed by the constitution, how can this injustice occur?

The problem, as always, is that racism is not a single act ― it is institutionalized in our society, so those of minority races are less privileged than those of the majority race. This is most obvious in the generalized lower socio-economic status of black communities, in which low-quality housing, lack of mobility, and absence of wealth are pervasive. Therefore, when lawmakers are making environmental decisions and policies, black communities are automatically at a disadvantage.

Compounding the problem is the fact that black communities are disproportionately located in disaster-prone regions, including the coasts of the Southeast or near manufacturing regions in cities. Even when a natural disaster strikes ― which in no way can be blamed on the majority race ― black people are more likely to be injured, displaced, or criminalized.

Education is always a positive step toward equality, helping to develop new leaders who can speak out about issues. Encouraging members of black communities to seek higher education, especially in fields related to environmentalism, might thwart instances of environmental racism. An online safety degree isn’t difficult to achieve, and it can do much to improve a community’s well-being. Plus, with education, African-Americans can earn better representation in departments responsible for making environmental decisions around primarily black cities and neighborhoods, so they can prevent (conscious or unconscious) racist actions before they are undertaken.

All Americans should secure their homes against potential disasters, regardless of their race, but given the historic discrimination African-Americans fall victim to, it is even more paramount that black homes are prepared for the worst. Having a well-stocked first aid cupboard, to include at-home lead tests and dust masks, among other survival necessities. Until African-American families can trust their governing bodies to look out for their health and well-being, they must look after themselves.