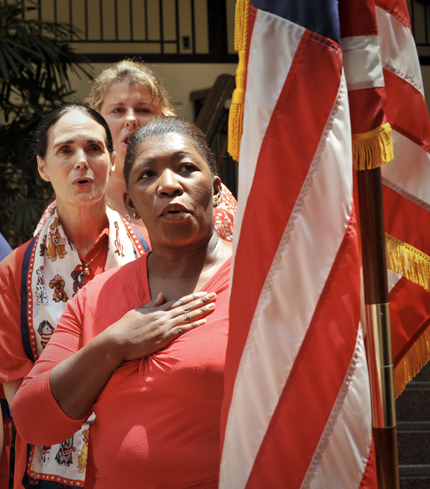 Independence Day, or the 4th of July, as many of us know it, is the celebration of America’s independence from Great Britain. America gained its independence on July 4th of 1776, and this momentous occasion has been celebrated every year by American’s ever since.

Although this national holiday is widely celebrated by all Americans, many older-generation African American’s consider Juneteenth to be a more accurate day of independence for the African American community. For those of you who aren’t familiar with Juneteenth, this is the date that is widely known as the day that slavery was completely abolished in America. Although the Emancipation Proclamation had an effective date of January 1st of 1863, Texas did not immediately comply. It wasn’t until June 19th of 1865 that troops showed up in Galveston, Texas and enforced the emancipation of the last remaining slaves in the United States.

The African American Millennial segment has a strong appreciation for their heritage and history, however they identify their culture as American culture and identify with many of the traditions, customs and values associated with America and the American Dream. This generation shares a more inclusive mindset and does not seek to identify ways to dissect themselves from what they view as a part of the America they are seeking to redefine, reshape and reinvent.

Juneteenth is an important part of American history and I believe their needs to be a stronger level of awareness among millennials across the board, and not just African American Millennials. Independence is synonymous with self-expression and rights of passage among all millennials. For that reason alone, Independence Day has an aspirational inference that resonates with this generation in a way that is unique to their life stage.

They are all in the stages of seeking their own independence as they begin their respective journeys into adulthood. Considering how the state of the economy and the high unemployment rates among African American Millennials has resulted in the boomerang effect with many of them moving back in with mom and dad; Independence Day has now taken on a whole new meaning altogether!

Have a Happy Independence Day!