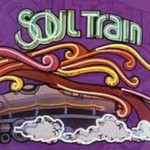 As black men, we have to frequently debunk the negative connotation of a chosen hairstyle based on cultural heritage (commonly a stereotype placed on a vast growing population); a hairstyle alone should not be associated with criminal inheritance, although media mundanely portrays men of color as thugs and criminals.

As men of optimism and hopefulness, we strongly believe social justice is imperative to a more harmonious hierarchy of individuals uniting as one in this divided society. Moreover, if we can disassemble the oppressive and unethical practices of many members of the wealthy class in this capitalistic economy, by infusing an abundant amount of resources for those who are less fortunate also known as the poor, positive transformation of our society will gradually occur.

Young black men often receive harsh prison sentences due to extenuating circumstances caused by the absence of a support system and code of conduct. In fact, once these individuals are adopted into the shackled criminal justice system, the severity of each crime committed seems to escalate, which makes it almost impossible to flee from destructive behavior, since he may feel as if there is nothing at stake.  For instance, a young black boy may be a victim of circumstance, meaning he is simply in the wrong place at the wrong time.

Furthermore, he may visit a nearby public park to relax and talk on the phone, not knowing that a police officer is patrolling the vicinity; hence an unfavorable outcome for the young black boy. The cop approaches the car with quite discomfort and reluctance, already assuming criminal activity, then proceeds to perform typical police procedures as if he suspects illegal activity.  When in actuality, the officer is the culprit for his malicious act of profiling the poor victim based on his appearance. Sadly, the boy confused and in disbelief, reaches for the glove compartment to retrieve his ID and is abruptly confronted with a pistol to his neck and is told to “freeze.” Apparently, it’s very hard to “freeze” when a gun is pressed firmly against your neck and dealing with a rather hostile police officer who seems totally oblivious of your constitutional rights.

After the cop conducts a thorough search of the car, he finds little to no evidence of drugs, which is often a stereotype placed upon blacks in general.  In the case that he discovers marijuana, the young black man is then arrested and taken to jail immediately, although it may be a tiny amount of this substance, as much as a tiny thimble can hold. In addition, he has to deal with the system and a lousy public defender; and now he is welcomed with open arms as a villain of society. As a result, he is now doomed with the proverbial “scarlet letter” to be worn for the rest of his life and will be rather challenging to repair this scarred reputation. The officer is protected under some law and his actions are justifiable because he may have felt threatened.

The unjust handling of the case is so hard for the young man’s mother to fathom, she can only pray about it.  Often this is referred to as the classic urban idiom: “being black on a Saturday night.”

By Issac Morgan, graduate of FAMU’s School of Journalism (2009) Website