Lessons from the Great Recession 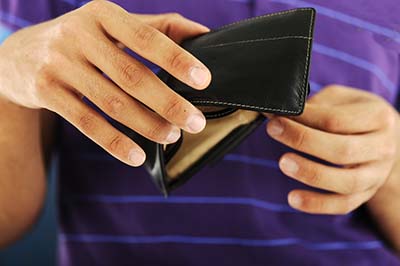 CHARLOTTE, N.C.  June 10, 2014 – As millennial Americans have experienced the effects of the Great Recession of 2008, a strong majority (80%) say it has taught them they have to save “now” to “survive” economic problems down the road.

Despite this generation’s reported lesson, 45 percent are not saving for retirement, while slightly more than half (55%) are saving.  The savings picture varies by gender with 61 percent of men and 50 percent of women reporting that they are saving.

This difference in saving rates may hinge on the fact that the median annual household income reported by millennial men is $77,000 versus $56,000 for women.  For college-educated millennials, median annual household income is reported to be $83,000 for men and $63,000 for women.  About half of all millennials report they are “satisfied” with their savings at this point in their lives, but the gender discrepancy is pronounced, with 58 percent of men feeling satisfied, versus 41 percent of women.

“The silver lining of the recession that started over five years ago is that a majority of millennials get that saving is a necessity and even equate it with ‘surviving’ tough times.  But millennial women are starting out their working lives making far less than men and, as a consequence, are saving less and feeling less contentment at the start of their working lives,” said Karen Wimbish, director of Retail Retirement at Wells Fargo.

The Pressure of Debt

Millennials are struggling under the pressure of debt, with 42 percent saying “it is their biggest financial concern currently.”  Four in ten say their debt is “overwhelming” versus 23 percent of baby boomers.  Forty-five percent of millennial women feel “overwhelmed” by debt, versus 33 percent of millennial men.  Perhaps due to big debt obligations, over half of the millennials (56%) say they are “living paycheck to paycheck,” regardless of gender.

What Kind of Debt?

When asked to rank their number one financial concern after paying day-to-day bills, millennials cite paying off student loans (29%) as their top concern, whereas boomers cite saving for retirement (44%). When asked to estimate certain categories of debt as a percentage of monthly pay, millennials report their debt breaks down, on average, as follows:  credit card debt, 16 percent; mortgage debt, 15 percent; student loan debt, 12 percent; auto debt, 9 percent; and medical debt, 5 percent.  Among all millennials, 47 percent are allocating 50 percent or more of their paychecks to these types of debt.

“People have to closely examine what they are spending their money on and figure out the best way to comfortably manage debt and savings levels,” said Wimbish.

Of those millennials who have started saving, almost half (46%) are saving between 1-5 percent of their income for retirement; 31 percent are saving 6-10 percent; 18 percent are saving more than 10 percent.  The percentage of income saved by men and women greatly varies, with half of women (53%) saving between 1-5 percent versus 39 percent of men.  The percentages of men and women who are saving at the 6-10 percent level are both about a third; however, over a quarter of millennial men (26%) are saving at a rate greater than 10 percent versus only 9 percent of women.

Seven in ten (72%) millennials are confident they will be able to save enough to create the lifestyle they want in the future, but millennial women are far less confident than their male counterparts, with 63 percent expressing confidence versus 80 percent of men.

Of the four in ten millennials who are not saving yet, 84 percent say they are not doing so because they “do not have enough money to save right now,” with no difference between the genders.  Perhaps as a way to lock down a savings discipline, over half of both boomers (56%) and millennials (55%) favor a mandatory retirement savings policy.

“Millennial men are earning more, saving greater percentages of their income and report having more accumulated assets.  Women are lagging behind men in their savings efforts, and this could explain why they feel less satisfied with their overall financial situation,” added Wimbish.

Increased Confidence in the Stock Market

“I was pleased to see that millennials are warming up to the stock market, yet concerned to see the huge difference in sentiment among women, who should be on par with men at this stage,” said Wimbish.  “Still there’s about a third who are underinvested in stocks or all in cash, and a quarter who aren’t even sure what they’re invested in.  Optimism doesn’t always translate into investing in the stock market for retirement.”

Millennials feel confident in many aspects of their personal lives, with seven in ten (69%) saying they feel better off financially than others in their own generation.  In addition, 68 percent of millennials expect their standard of living before retirement to be better than their parents.

A majority (84%) of millennials feel they have the skills to succeed in their career goals when they are 40.  More than three quarters (78%) believe that if they lost their job they could find a comparable one within a year.  This is in sharp contrast to boomers, of whom 58 percent believe they would be able to find a comparable job within a year.

There is a difference between men and women millennials in the confidence they feel about building their careers, with one in five millennial women “worried” about their ability to build a career in their desired profession versus one in ten millennial men.

The Value of College

Though college debt makes up a big part of the millennial financial picture, three-quarters (76 %) of millennials who attended college agree that their college education was worth the cost.  More than half of millennials (56%) report relying on student loans to finance college versus 35 percent of boomers.

A look at the reported median household incomes of those millennials who attended college and those who did not demonstrates the gap in wages that not earning a college degree may produce.

Advice to Others Starting Out In Their Careers

Since debt is a top financial concern for most millennials, the most important financial advice they would impart to someone starting out is: “Don’t spend more than you earn” (33%), followed by “Get educated about your personal finances” (17%), and “Start saving for retirement now” (16%).  This contrasts with boomers, 43 percent of whom would tell those starting out today to start saving for retirement now.

Whom Do They Trust for Financial Advice?

While over half of millennials (55%) don’t think they have enough money to have a financial advisor, 16 percent are using a paid professional, up from 8 percent a year ago. Similar to last year, 59 percent of millennials who do not use a paid advisor say they would prefer a “seasoned advisor” with years of experience, but there was a slight rise this year (from 20% to 26%) among those who want an advisor closer to their age, who can potentially better understand their financial goals.

For help understanding how to prepare for and live in retirement, visit Wells Fargo’s My Financial Guide.  To find out how much you should be saving for retirement go to My Retirement Plan. Visit the Beyond Today blog to share your financial insight and join the conversation.

The 2014 Wells Fargo Millennial study was conducted online by Harris Poll on behalf of the Wells Fargo Wealth, Brokerage, and Retirement (WBR) team between April 15 and May 2, 2014.  Survey respondents included 1,639 millennials between the ages of 22 and 33, as well as 1,529 baby boomers between the ages of 49 and 59. Oversample completes were collected for millennials and baby boomers in the Charlotte (134 millennials, 151 boomers), Minneapolis (156 millennials, 157 boomers), Atlanta (157 millennials, 160 boomers) and NYC (150 millennials, 158 boomers) markets. Results were weighted, as needed, to represent the most recent U.S. Census data based on: age, sex, race/ethnicity, education, region and household income.

On February 3, 2014, Nielsen acquired Harris Interactive and Harris Poll.  Nielsen Holdings N.V. (NYSE: NLSN) is a global information and measurement company with leading market positions in marketing and consumer information, television and other media measurement, online intelligence and mobile measurement. Nielsen has a presence in approximately 100 countries, with headquarters in New York, USA and Diemen, the Netherlands. For more information, visit www.nielsen.com.

Wells Fargo & Company (NYSE: WFC) is a nationwide, diversified, community-based financial services company with $1.5 trillion in assets. Founded in 1852 and headquartered in San Francisco, Wells Fargo provides banking, insurance, investments, mortgage, and consumer and commercial finance through more than 9,000 locations, 12,500 ATMs, and the internet (wellsfargo.com), and has offices in 36 countries to support customers who conduct business in the global economy. With more than 265,000 team members, Wells Fargo serves one in three households in the United States. Wells Fargo & Company was ranked No. 29 on Fortune’s 2014 rankings of America’s largest corporations. Wells Fargo’s vision is to satisfy all our customers’ financial needs and help them succeed financially. Wells Fargo perspectives and stories are also available at blogs.wellsfargo.com and at wellsfargo.com/stories.