You Can Thank Me Now: Reflections on President Obama’s Legacy 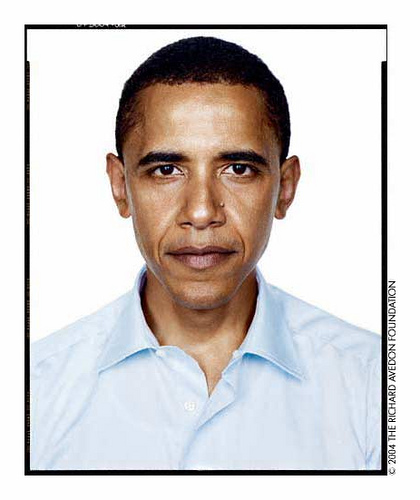 The closer it gets to January 20th, 2017 the more I find myself able to truly process the gravity of what has been occurring. For the last eight years, myself and other millennials have gotten the privilege of seeing an African American family in the White House, which is the embodiment of the “American Dream.”

For our generation, it is yet another reminder of the promise our nation holds for all its citizens, but also a damning confirmation of the tense racial anxiety that our country still suffers from. It’s always been around- its ugly head manifesting in acts of violence and protest over the last eight years that have threatened to jeopardize our vision of a perfect union.

In spite of it all, our generation has remained positive, chalking the tension up to ignorance. Now, on the cusp of the new presidency, I find myself unable to ignore the posts from colleagues and friends eager to see them go or sad to see them leave.

Presently, I find myself feeling a mix of feelings for a number of reasons, but rather than feeling angry or nihilistic, I find myself proud, ecstatic, and enthusiastic.

My feeling of pride stems from my position in America. As a young black male teacher, I can readily identify with the inordinate amount of attention that’s given to black males in certain fields. 2% of the teachers in the United States are African American males and so the expectation to do, say, and be what your community needs exists on an unreal level.

Indeed, that sentiment has summed up the black ideal for the last one hundred fifty one years since the conclusion of the Civil War. The weight of educating students and in particular students of color is immense and can be a heavy task in spite of the support we receive from others.

Seeing our President wrestle with changing our country while also attempting to address and reconcile its original sins of racism and discrimination served as a constant reminder of the role minorities find themselves in, which is having to address the holes in a system that never envisioned you as a part of it.

The President’s More Perfect Union speech was one of the bravest examples of a major political figure’s attempt to address the elephant in the room while simultaneously vowing to unite us all under one banner. Trying to empower children of color while also trying to unite them under the banner of American citizenship is reminiscent of that same balancing act that I juggle as a teacher and so I feel a sense of pride in my mission.

My first time voting in 2008 I was a 19 year old college student more excited at the idea of voting than I had ever originally foresaw. I, like many others, had heard the speeches from then Senator Obama and found myself inspired.

Wanting to know more about him, I dedicated my free time to researching his background and ideas on politics in the Audacity of Hope and Dreams from my Father. His views on healthcare, gun control, climate and economy sold me on the potential he offered our nation, and I also appreciated the fact that he was a man of color.

Admittedly, his historic victory in 2008 left me with a feeling of joy and happiness that I can hardly express in words. Now, I reflect on the last eight years, allowing the nostalgia to immerse me before it subsides and is replaced with pragmatism.

The prevailing belief of mass anger and disappointment that social media and news outlets promoted following the 2016 election indeed had some credence to it. The mass protests from those angered at the results of the election and the peaceful protests from entertainers who declined invites to perform at the Inauguration were very real.

At work, I found myself attempting to detect a hint of anger or disappointment from my colleagues who hoped for a different outcome and instead found a vigor that encouraged me. The crowning of yet another president who did not look like us was nothing new, and even more, the crowning of one whose interests drastically differed from our own was simply par for the course.

The “grit” and toughness assigned to us as black people would be displayed again and so I smiled and held my head high. However, the energy displayed by the “Generation Z” kids inspired me the most. The attention they gave to the Electoral College, Congress, and Social Studies reassured me of our future as a nation.

This generation lives in a world where race is not nearly as relevant, where one’s sexual orientation is not a cause for panic, and a black president for most of their natural life is common place. Seeing a black first family with advanced professional degrees and future college bound kids is a norm.

Indeed as I sit here a few days before the end of one legacy, I think about the greater legacy that has been paved by the President and his family.

When it is all said and done and the political opposition, name calling, and vitriol finally wears thin, many will see what we saw all along, and that was lightning in the bottle. For that reason alone I can say that I will cherish the memories earned along the way.